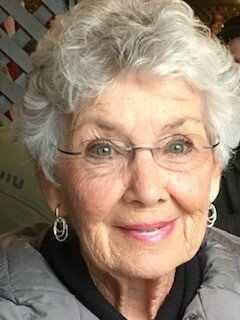 Rose Marie Berry, age 80 passed away on Sunday, January 23rd at her home in , Caldwell, Idaho.
Her family, Renee Marie Carter; son-in-law, Dennis Carter; son, Melvin Donald Berry; son, Lynn
Danny Berry, as well as grandchildren Joshua Michael Enos and Michelle Crandall had
surrounded and comforted during the months of her final journey home.
Rose was born on January 15, 1942 in San Bernadino, California to Donald Fay McClure and
Luella Marie Demoray and was a twin-sister to her brother, Danny McClure, all deceased.
Rose was married to Leonard Melvin Berry (deceased) in Dell City, Texas on February 1, 1958.
She and Leonard then moved to Arizona and eventually Modesto, California where they settled
down and started a family. Rose’s priority was always her family. She considered being a mother
her highest calling and wanted her children to know they were cared for and deeply loved.
Rose’s interests included playing recreational volleyball, water skiing with her family, camping,
and caring for her many well-loved dogs. Rose was a good friend to many people, and they
often came seeking her counsel and comfort. In her early thirties, Rose became a Christian, and
her faith in Christ never wavered. She attended Baptist churches in Modesto and Ceres,
California, as well as Caldwell, Idaho. Later in life, Rose took up painting and completed many
wonderful compositions that won awards in local contests in both California and Idaho.
Rose is survived by her three children, Renee Carter, Melvin Berry, and Lynn Berry, and by whom
she considered her “third” son, Dennis Carter (son-in-law), as well her grandchildren Joshua
Enos and Michelle Crandall.

To send flowers to the family or plant a tree in memory of Rose Berry, please visit Tribute Store

Share Your Memory of
Rose
Upload Your Memory View All Memories
Be the first to upload a memory!
Share A Memory
Send Flowers