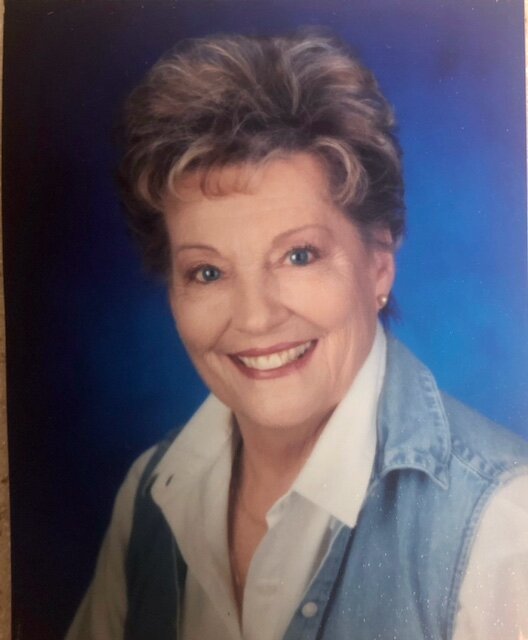 Darlene grew up in Pasadena where she married Kenneth (Sonny) Kiser. They had four children, Suzanne, Gail, Kenneth, and Terry Kiser. The couple later divorced.

Darlene went on to marry Manuel Joseph Perry. The couple moved to Glendora California and operated a landscaping nursery in the area. They sold the nursery and moved to Idaho in 1960 where they purchased a 1000-acre farm north of Middleton. In the early 1970’s they moved to town and the family continued in the custom hay business. Manuel and Darlene added four more children to their family: Joseph, Michael, Mark, and Matthew Perry.

Darlene owned and operated her own resale clothing store “The Clothes Pin” in Caldwell, Idaho for many years where she was blessed with wonderful friends as customers. She kept her friends close her entire life, some of whom remained her friends for 60 years. This was in part because Darlene was a fun loving and beautiful woman.

Darlene was never one to have a hair out of place. The family joke was that Darlene would work the farm in high heels and white gloves, because she would not be caught without them! Or her false eyelashes! In her early years, Darlene participated in bowling teams, was a talented oil painter, crafter, and a woman who loved the thrill of the hunt at yard sales. Her home was full of the memories and mementos of all her escapades. Darlene and Manuel divorced in the early 1980’s but remained close until his passing. Darlene married William Kerr and they were together for many years until William’s death in 2006.

Above all things in her long life, Darlene adored her children. She was the matriarch of her family. The Lord had blessed her with eight children and too many grandchildren and great grandchildren to count! They were there to celebrate her 90th birthday with her and she smiled because her life was full. Some of her last words were “I love you all very much” and “say your prayers like I always taught you.”

She was preceded in death by her parents, her brother Robert Holloway, her daughter Gail Roberson, son Terry Kiser, and two great grandchildren. Darlene will be greatly missed.

Memorial Service will be held February 23, 2022 at Flahiff Funeral Chapel Caldwell, ID at 11 am.

To send flowers to the family or plant a tree in memory of Darlene Kerr, please visit Tribute Store
Tuesday
22
February

Share Your Memory of
Darlene
Upload Your Memory View All Memories
Be the first to upload a memory!
Share A Memory
Send Flowers