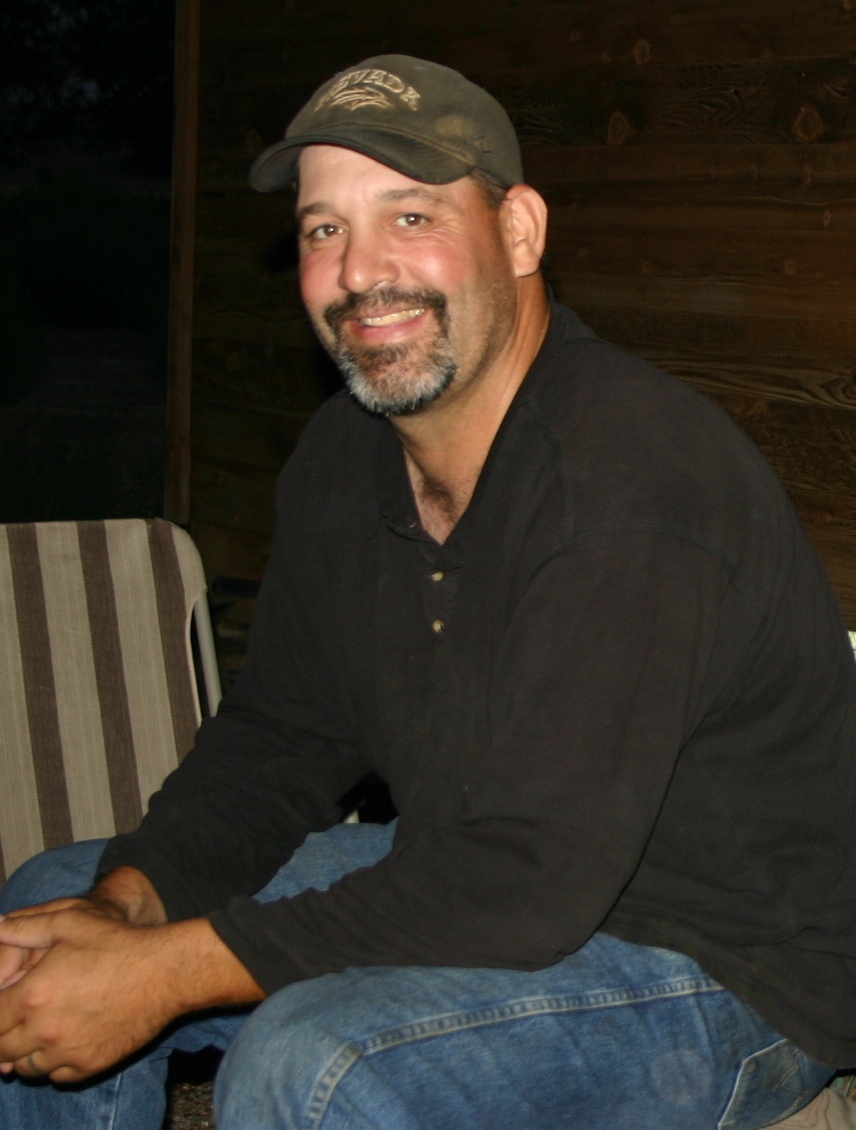 Jon Harris Echave was born on August 9, 1971 in Caldwell, Idaho.  Jon was the third child and only son of Jock and Karen Echave.  Jon grew up at Oregon Canyon Ranch with his sisters, Michon and Kristen, as well as his cousins.

Jon loved the ranch life.  He was his father’s right-hand man from an early age, soaking up as much knowledge as possible.  Jon loved riding horses, breaking and training colts, and long days cowboying.  Jon quickly realized that there was always an abundance of work to be done on the ranch, but if you could find a way to make it fun, then it wasn’t really work.  Jon spent his entire life trying to make work fun.

When it was time to go to school, Jon all but refused, often hiding so that he could stay home on the ranch.  Jon missed about 50% of kindergarten because his mom and sisters would have to leave to make it to school on time, and when it was time to leave, Jon could not be found.  Jon attended school in McDermitt, Nevada up until his junior year when he transferred to Lowry High School in Winnemucca, Nevada.  Jon made the move to better improve his chances of playing college football.

Jon loved sports and he was good at them.  He played basketball, football and participated in rodeo.  Jon had a natural athletic ability. He excelled in all sports.  He twice made it to Nationals in High School Rodeo and fulfilled his life-long dream of playing football at the University of Nevada, Reno just as his father had done before him.

Jon married Tara Lequerica on October 11, 1997 in Winnemucca, Nevada.  The couple enjoyed the ranch, the community, rodeos and of course their niece, Bayley, and nephew, Kaine, who lived next door.  Soon the couple had their own child, John Jett, on April 1, 1999.  JJ was born in the pickup on the way to the hospital.

Jon absolutely relished being a father.  Jon didn’t care what JJ was interested in, Jon just enjoyed being there.  Jon attended school activities and sports activities, rodeos … anything JJ wanted to be involved in, Jon tried to be there.  Jon and JJ used to play every night throwing the football or basketball back and forth. Jon enjoyed setting up drills and running JJ through them.  Any game JJ wanted to play, Jon was up for it.  The rougher the better though.  Jon truly felt like JJ was his greatest accomplishment in life.

Jon had many friends and he relished the times they spent together.  Jon was light-hearted and enjoyed a good laugh.  He could laugh at himself and it truly brought him joy to make others laugh.  He was a prankster from day one and right up until the end.  He was always good to people.  He was not judgmental, rather accepting of all.  Jon was not driven by possessions, rather by respect and kindness.

Jon passed away at his home on February 15, 2022 at the age of 50.  A Celebration of Life was held at Jordan Valley High School on February 21st.

The family would like to thank Dr. Jocele Skinner for her exceptional care over the last 15 years; Dr. Skinner has gone above and beyond in every way.  Charlotte and Michelle Muguira were also extremely helpful to Jon in many ways.  Furthermore, the family would like to thank the Jordan Valley community for the support.  Words cannot appropriately express our gratitude.

To send flowers to the family or plant a tree in memory of Jon Echave, please visit Tribute Store

Share Your Memory of
Jon
Upload Your Memory View All Memories
Be the first to upload a memory!
Share A Memory
Send Flowers