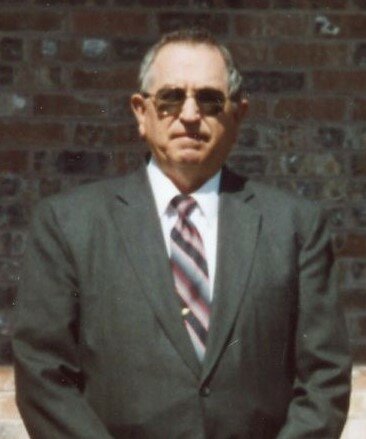 Jerry Clenneth Anderson was born June 15, 1935 in Logan, Utah, to Lewis Clenneth Anderson and Olla Maria Jenson Anderson. He passed away peacefully at home on March 3, 2022 surrounded by his family. He enjoyed fishing and hunting with his extended family while growing up In Millville, Utah. This love of the outdoors stayed with him throughout his entire life.

He moved to Idaho in 1958 and married Vicki Lea Chandler on July 11, 1960 in Homedale, Idaho at the Church of Jesus Christ of Latter-day Saints. They were later sealed in the Logan Utah Temple in 1963. Shortly after, they served a 2-year church building Mission in Georgia and Kentucky, where they met many life-long friends. He continued his church service in various callings throughout his entire life. He also served in the community, most recently on the city council which was a great joy to him. He made his living in carpentry, masonry, cement work, roofing, building and remodeling homes and businesses. He taught all of his children to work hard and be responsible in everything they do. He enjoyed being outdoors in any capacity: gardening, growing flowers, looking for wildlife on long drives in the mountains, camping, etc. He played baseball early in his life and was an avid bowler, bowling in 2 leagues for many years. He was also an avid New York Yankees fan since he was a small boy, a Boise State football and Gonzaga basketball fan.

He was preceded in death by his parents, his 2 younger sisters his younger brother, and one grandson. He is survived by his wife Vicki, of nearly 62 years, 8 children: Geri, Clint (Jill), Londa (Danny), Kenna (Richard), Rena (Scott), Monte (Lorrie), Fon (Emily), Kordell (Emily), 23 grandchildren, 21 great-grandchildren plus two more on the way, great-great-grandchildren, and many, many extended family members.

A viewing will be held Friday, March 11th at Flahiff Funeral Chapel in Homedale (27 E Owyhee Ave) from 5:00-8:00 pm. A funeral service will be held on Saturday, March 12th at 11:00 am at the Church of Jesus Christ of Latter-day Saints (708 Idaho Avenue, Homedale, ID) with a viewing before the service from 9:30-10:30 am. Interment will follow at Marsing Homedale Cemetery (4410 Cemetery Rd, Marsing, ID).

To send flowers to the family or plant a tree in memory of Jerry Anderson, please visit Tribute Store
Friday
11
March