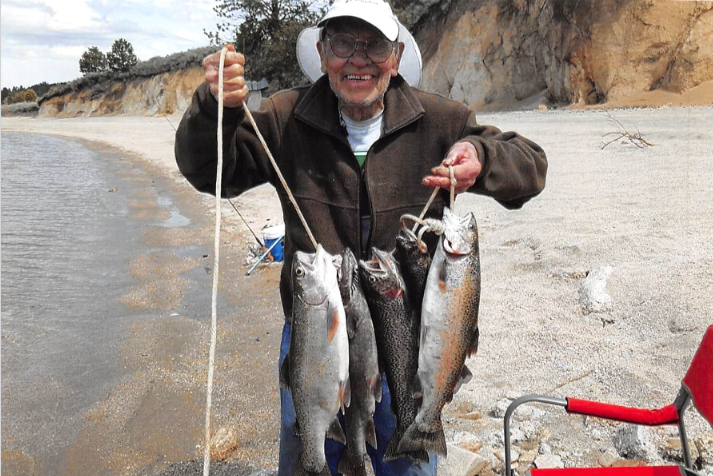 Ray Eugene Morris, 89, of Boise, Idaho died Tuesday, March 8 at his home. Ray was born December 17, 1932, in Mansfield, Missouri. He was the 5th of seven children to James and Etta Morris. He started school in Joplin, Missouri and in 1932 he moved with his family to Wilder, Idaho. Ray joined the Navy in 1951 and served during the Korean Conflict on the destroyer USS Samuel N. Moore. Ray married Catherine L. Wright on March 6, 1954; they were married 42 years until her passing. He was the father of two children, three grandchildren, and five great grandchildren.

Ray was an auto body and fender repairman until joining Allstate in 1965 as an insurance claims adjuster, which he did until he retired. He loved the Lord, his family, and fishing.

A graveside service will be held 1:00 PM, Tuesday, March 15 at Canyon Hill Cemetery. All arrangements are being handled by Flahiff Funeral Chapel in Caldwell.

To send flowers to the family or plant a tree in memory of Ray Morris, please visit Tribute Store
Tuesday
15
March

Share Your Memory of
Ray
Upload Your Memory View All Memories
Be the first to upload a memory!
Share A Memory
Send Flowers