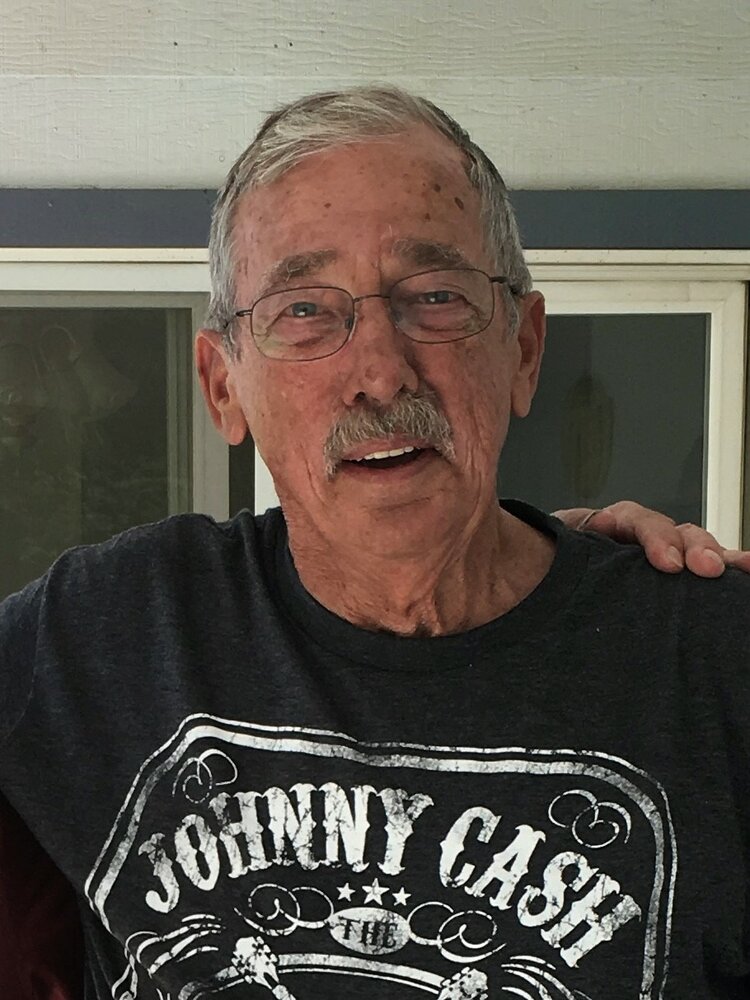 Larry Lee Strange, 79, peacefully passed away with his loving wife by his side on March 13, 2022.  Larry was born April 19, 1942, in Diagonal, Iowa where he spent his early childhood years.  He graduated from Princeton High School in Princeton, MO where he was a member of the basketball team and proudly wore the nickname “Hess”.  It was also where he met and married his first wife, Pearl (Cookie) Boyer.

As a young husband and father, Larry started working in 1961 as a typesetter for the local newspaper in Iowa City, IA.   A second marriage in 1968 found Larry and his wife, Corrine, heading west and setting their roots in Wyoming where Larry showcased his talent as a home builder in Green River.  He later became the city building inspector (and was no doubt quick to point out poor workmanship).  The West provided Larry with opportunities to pursue his lifelong passions of big game hunting, fishing and gun collecting.

Following Corrine’s passing, Larry found love and laughter again with Laureene.  They built a life together in Wilder, Idaho where Larry loved to tinker and figure out easier ways to irrigate his pastures.  He loved to feed and watch the deer, tend his little herd of cattle, and have his bottomless coffee cup filled and refilled.

Larry was a man of few words, but the ones he did speak were full of life’s lessons and a dry wit.  He lived life on his terms and just might let you know if you were violating those terms. If you were a friend or a family member of Larry’s, you always knew he had your back. He loved his family and friends fiercely.

Larry was predeceased by his only sibling, his brother Carroll. They are probably catching up over a cup of coffee in heaven.  Larry’s survivors include the following: his wife, Laureene; sister-in-law, Sheryl Strange of Virginia Beach, VA; son, Terry Strange (Kelly) of Houston, TX; daughter, Laura Roy (Mat) of Meridian, ID; step-son, Shawn Wedemeyer (Erin) of St. George, UT; step-daughter, Jodie Huber (Eddie) of Denair, CA; step-daughter, Sheri Gaylord (Ted) of La Grange, CA.  Also left behind to continue to hear stories of Grandpa Larry’s life are his 13 grandchildren and step-grandchildren, and his 6 great-grandchildren/step-great-grandchildren.

Larry was also blessed by Anabele, Lalia, and Junior Salazar, who became very close to him and Laureene, taking care of them and adding much joy to their days.  Some other folks who will miss Larry are all of the people he encountered on his Tuesday trips to town and those that frequented his & Laureene’s back patio for a game of cribbage, a gun trade, or to swap some stories – you know who you are.

In lieu of flowers or donations, please buy a cup of coffee for a friend or a stranger today in Larry’s honor.

To send flowers to the family or plant a tree in memory of Larry Strange, please visit Tribute Store
Saturday
19
March

Share Your Memory of
Larry
Upload Your Memory View All Memories
Be the first to upload a memory!
Share A Memory
Send Flowers