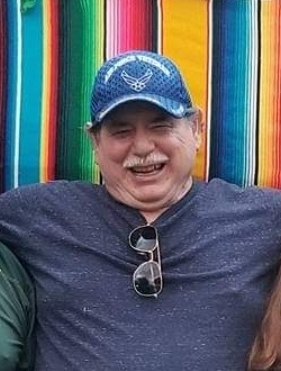 Cristobal Garcia, 72, of Melba, Idaho; passed away on March 10, 2022 at his home. Cristobal was born in San Juan, TX to Enrique and Evangelina Garcia on July 6th, 1949.  After graduating Caldwell High School in 1969, Cristobal joined the Air Force and where he spent the next 6.5 years before being honorably discharged from his duties as an air plane mechanic.  After the Air Force, Cristobal attended Boise State University to obtained his certificate in auto mechanics, then ITT Tech to earn his degree in Electronics Engineering Technology, before go back to truck driving school to obtain his CDL.  Whether he was working on cars, looking at cars, watching cars race, or racing cars himself; cars were his passion!

Flahiff Funeral Chapel in Caldwell, Idaho will be handling the funeral arrangements.  A viewing will be held on Wednesday April 6, 2022 from 5:00 PM to 7:00 PM with Rosary following the viewing at 7:00 PM. The Memorial Service will be held on Thursday, April 7, 2022 at 11:00 AM, both at Flahiff Funeral Chapel. Inurnment will follow services on April 7, 2022 at the Idaho State Veteran Cemetery, Boise, Idaho with military honors.

To send flowers to the family or plant a tree in memory of Cristobal Garcia, please visit Tribute Store
Wednesday
6
April

Share Your Memory of
Cristobal
Upload Your Memory View All Memories
Be the first to upload a memory!
Share A Memory
Send Flowers