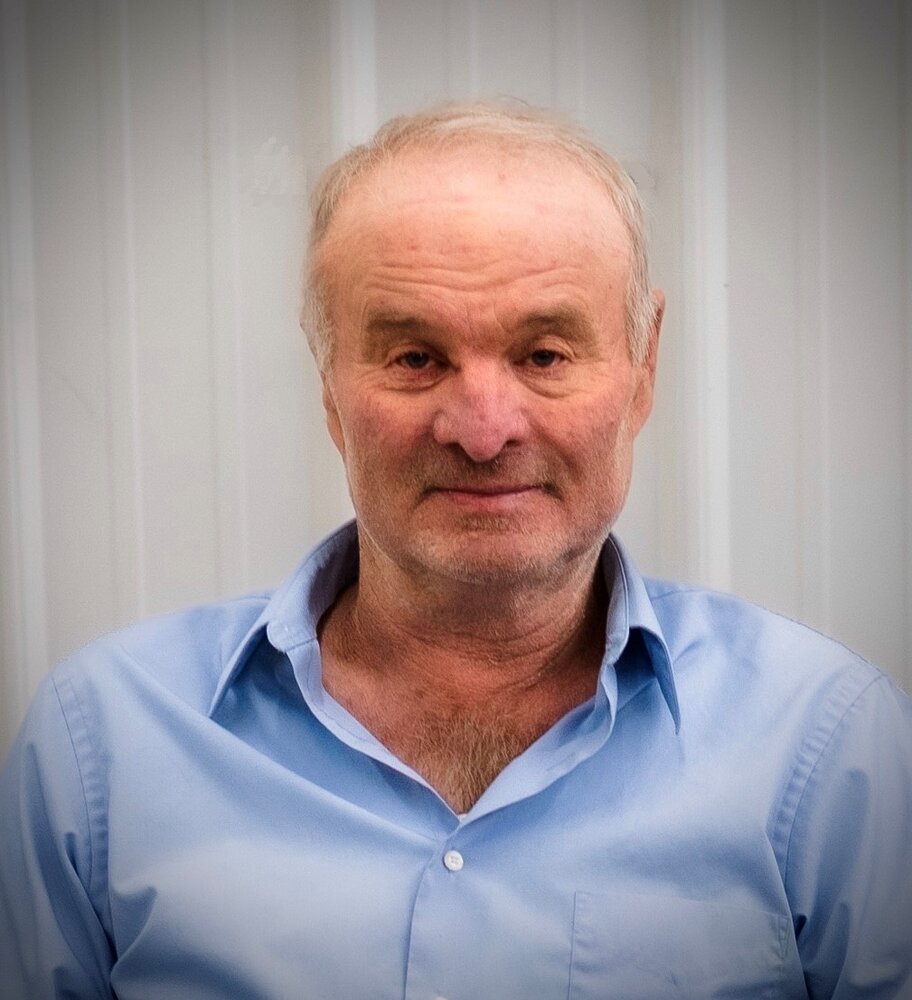 I was born the 28th of October, 1952 in Salt Lake City, Utah to Viona and Carl Atkinson.  I was the second of seven children.  My brothers and sisters are Eva Mae, Gary, Carolyn, Charlie, Rose Marie, and Lloyd.  (Rose Marie passed away in August 2021.)

My family came to Middleton in the Spring of 1953.  My Dad purchased a homestead draw of eighty acres.  Dad built a house on the land on the corner of El Paso and Sand Hollow Road.  He later bought eighty more acres from Holton’s. This farm had a small house on it that had been a barracks moved from one of the Japanese camps in the area.

Dad then moved over some cows from Utah. This is when I started milking.  I would help my mom milk cows when my dad started working.

I started in the Middleton School district in 1959.  I attended all 12 years in Middleton graduating in 1971.  I graduated from my class with more credits than anyone else. (54 credits) Many of my credits came from taking welding and mechanics in the ag shop.  The instructors said my welding would never last, but they could not break it.  I used the welding and mechanics knowledge often in the rest of my farming years.  I wrestled for Middleton schools for 6 years.  I was second in state for my Senior year.  I went to state all four years of high school. My senior year, Middleton placed second in state.  The only school to beat us was Parma.

In October 1975 I met Nancy Lewis.  We met at a Halloween dance in a spook alley.  She had come up from Rupert to see a friend living here.  We were married on the 16th of July in the Salt Lake City temple.    We started our family of seven.  All named starting with J’s, Jennifer, Jeffrey, Jolene, Jackie, James, Janet and Jeana.

On June 11, 1978, we lost our mother from cancer.  That was when I started working on the dairy farming with my dad.  He needed my help because my mom had done a lot of the milking.

In 1982 I was elected president of the Young Dairyman’s Association.  I was president for two years.  We were able to go to Detroit and other places for meetings.  In 1984 we moved in the house I mostly built by myself except for the electrical. We were there until recently when we moved into assisted living in Feb. 2022.

Around 2008 small dairy farms like ours were being sold to larger dairies.  I worked night and day trying to keep on top.  The government and new regulations forced me out of business. It was one of the saddest days of my life when I had to sell the cows.  After selling the cows I worked at Theil feedlot in Nyssa, Oregon for three years. After leaving the feed lot I went to work for Heinz Foods in Ontario, Oregon.  I worked there until November 2021.

In fall of 2021 I began falling and losing my coordination.  I knew something was wrong.  At that time, I was raising about 75 goats in the pen near my house.  I would often go to the Saturday sale to buy them little, feed them, and then resale them when they got bigger. I could not take care of them anymore so I had to sale them.

I had decided to retire in January.  In November of 2021 I was admitted to the hospital.  That is when I was told I had cancer.  The cancer was too far advanced for treatment and I was given 2 to 6 months to live.  In November I was put on hospice.  They brought a bed into my living room and nurses would come about twice a week to check on me.

After I got sick, the kids decided to surprise me with an early Christmas party.  All my kids, their spouses, and grandkids were there to surprise me.  Even my grandson who was in the military stationed in San Diego was able to come.  It was the first time all my immediate family have been together at one time.  Having them altogether made me realize how much joy we get from our families and how blessed I am to have the family I have.

After getting sicker Nancy and I could no longer care for each other.  It was determined by the kids that we needed to move to assisted living.  The last of January Jackie began the task of finding an assisted living place for us to move to.  Many were full but she found one south of Caldwell called The Gables.  We moved in on Saturday the 5th of February 2022.  It is a beautiful place.  Nancy and I have adjoining rooms.  We have activities to keep us busy.  We found an old friend (Ellie Grover) living here.  She said she had been praying for some more LDS people to move in.  Nancy said she had been praying for a place she would like and when she saw Ellie at The Gables, she knew this was the place.  Ellie knew these were the people she had been praying for.

To send flowers to the family or plant a tree in memory of Lawrence Atkinson, please visit Tribute Store
Wednesday
4
May