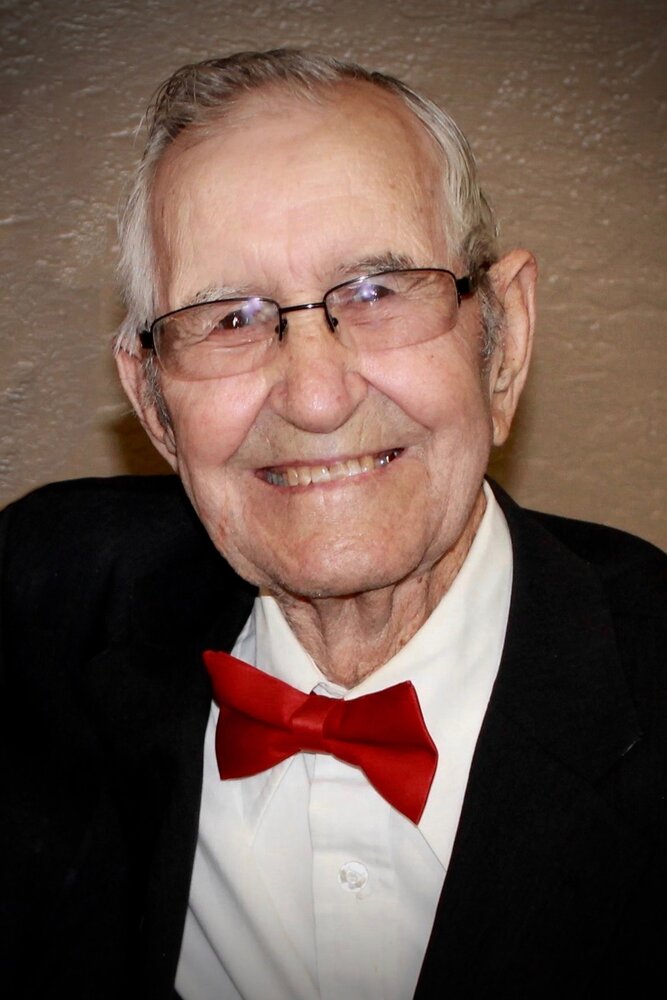 Riley “Jack” Coles, 95, was born on December 13, 1926, and died peacefully on May 4, 2022. The son of John Grafton Coles and Nellie Sitts Coles Mayfield, Jack spent his early years in Barton County, Missouri, and moved to Idaho in 1936 with his mother, stepfather Arnold Ray Mayfield, and siblings Harold and Louise (Emry). A sister, Susan (Wakeley), later joined the family.

Jack enlisted in the Navy right after his junior year in high school. He served in the Pacific and helped construct a monument in Okinawa, Japan. After WW2, he returned to Wilder High School and graduated in 1947. Jack married his high school sweetheart, Barbara Mills, on June 25, 1948, at the Golden Gate Baptist Church in Wilder. Together they raised five children and were married for 62 years until Barbara’s passing in 2011.

Jack loved being busy and working outdoors. He was proud of his time as a scoutmaster in Wilder and loved to share that he had just about every boy in town in his Boy Scout troop! Professionally, he owned a crop spraying business and was an inspector for the Idaho State Hop Commission. He seldom took a day off and always had a project or a new venture in the works. In his retirement, Jack enjoyed raising animals and restoring antique tractors, as well as maintaining the grounds at the Lower Fort Boise Cemetery in Parma. He also served as a greeter for many years at Deer Flat Free Methodist Church. He loved to talk with people and especially enjoyed daily trips to the coffee shop in Parma. Jack married Bennye Hardy in 2012 and spent the last years of his life in her loving care.

Jack’s children include John Coles of Mesa, AZ, Willard and Karen Coles of Nampa, Jim and Susan Coles of Meridian, Teresa Coles of Boise, and Mary and Gregg Allington of Caldwell. He has 12 grandchildren and 18 great-grandchildren.

A graveside service for family and friends will be held at the Wilder Cemetery on Saturday, May 14 at 2:00 p.m with military honors. In lieu of flowers, contributions can be made in Jack’s name to the Support Our Students Scholarship Fund, PO Box 60, Parma, Idaho 83660.

The family would like to thank Sabrina Coles and Keystone Hospice as well as the staff at LuNa Hospice House in Nampa for the excellent care that Jack received in his final days.

To send flowers to the family or plant a tree in memory of Riley Coles, please visit Tribute Store
Saturday
14
May

Share Your Memory of
Riley
Upload Your Memory View All Memories
Be the first to upload a memory!
Share A Memory
Send Flowers