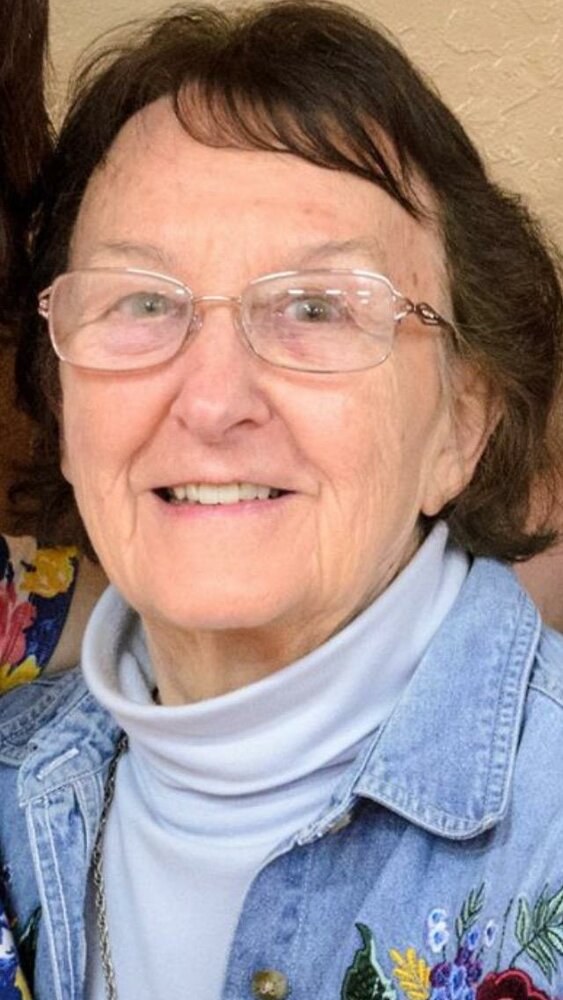 Barbara Lee Hughes was born on May 8, 1935 to Richard and Alma Hughes. She was the oldest of four children: Barbara, Bonnie, Beverly, and Richie.

They all grew up in Lake Oswego, Oregon, though Barbara spent most of her childhood with her grandparents, Albert and Elise "Ruth" Hughes.

Grandma Hughes instilled in her a great appreciation for the beauty around her, which she thoroughly enjoyed passing on to her children and grandchildren- indeed, to everyone around her! She would point out the tiniest of flowers, or the softest sunset to anyone close enough to listen.

She was married to Dale C. Bridges for 26 years and together they had three daughters: Rebecca "Becky", Wendy, and Kristina "Trina".

After Dale's death she eventually married Joseph Spielman and they shared more adventures. She loved the sunshine and enjoyed living in such places as Florida, San Diego, and Idaho Falls. Before Joe retired they landed in Greenleaf, Idaho.

Her favorite pastime, after snuggling babies, of course, was traveling. A highlight for her was a trip to England and Scotland, though she enjoyed any adventure.

Spending time with her grandchildren was important to Barbara. She loved taking little ones on a drive, pointing out the Owyhee Mountains (which they thought was Hawaii) or taking them for a walk, stopping to smell each flower.

Another thing that was important and fulfilling to Barbara was helping people. That help was displayed in many ways over the years- taking in foster babies, helping people find a new home through real estate, helping a new friend raise her two children (twice!), caring for an elderly couple...that list goes on.

Barbara was always so proud to tell people how many grandchildren she had. Five from Becky: Sara, Shaun, Darylann, Becki Anne, and Hannah. Six from Wendy: Richard, Abbie, Jessica, Zach, Eli, and Angel. Six from Trina: Josh, JJ, Nikki, Ryan, Spencer, and Dominic. For those who are counting, she would want you to know that makes 17!

If she had been able, she would have been thoroughly tickled to tell people that she now has twenty-nine great-grandchildren. Some aren't by blood, but that would never make any difference to Barbara- she was always proud to be "Grandma" to all!

On May 14, 2022, surrounded by Joe and her three daughters, Barbara went peacefully home to heaven, to be with her Lord for all eternity- one week after her 87th birthday.

To send flowers to the family or plant a tree in memory of Barbara Spielman, please visit Tribute Store