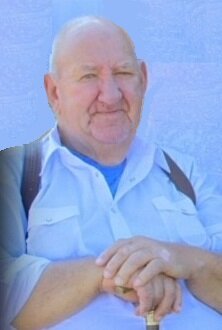 Robert “Bob” Forney Mamberg Jr, of Marsing, passed away on June 10, 2022 at the age of 85.  He was born on November 16, 1936 in Nampa, Idaho to Robert Forney & Ella May Malmberg.  Dad was raised in Marsing and graduated from Marsing High School in 1955. He married Judith A Dobbin on July 20, 1961 in Caldwell.  From this union three children were born, Rob, Tony and Linda.

Bob had various jobs, as a farmer and mechanic. He served 54 years on the Marsing Fire Department and 46 years on the Owyhee County Sheriff’s Posse.

He was preceded in death by his parents, sister Sharon Samson, and brother-in-law Don Dobbin.

Dad was proud of his fifty plus years of community service in various forms of coaching, sheriff’s posse “The A Team”, volunteer fire department and ambulance, fire commissioner, Lions club, city council, and his service in the army.

He enjoyed his time fishing and camping at Deadwood Reservoir with his family and extended families, Bowmans, Finleys, Wardles, Jones, Bouges and Inecks.

Dad always looked forward to his Saturday morning breakfast with Chris and spending time drinking coffee with his friends at OC Coffee.

Graveside services will be held at Marsing Homedale Cemetery at 11:00 am on July 8, 2022 with a celebration of life lunch at Marsing School cafeteria.  In lieu of flowers, the family requests that you make a donation to any organization listed above or a charity of your choice.