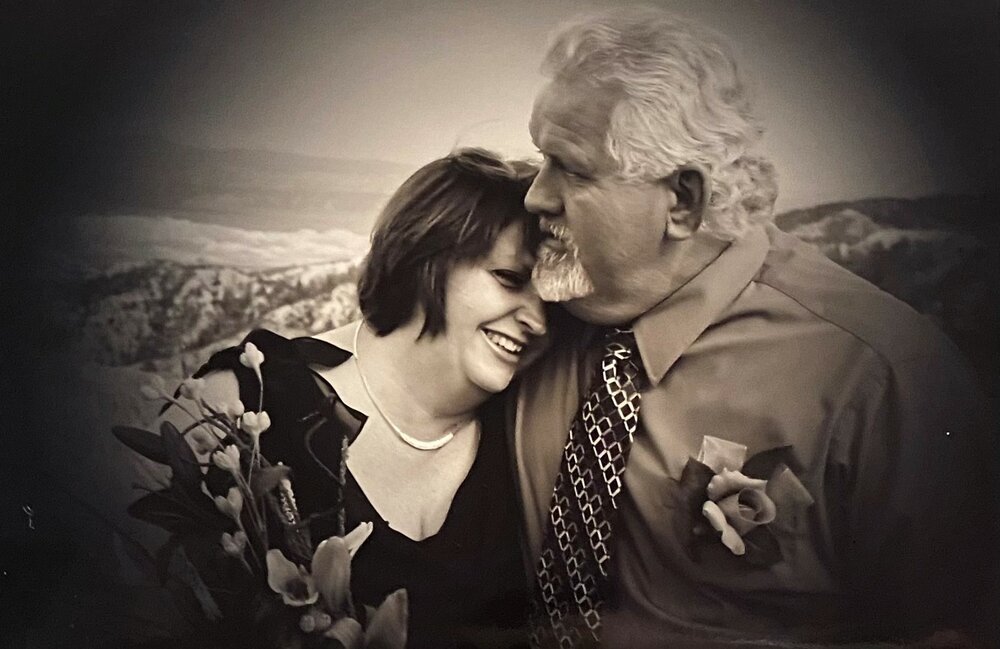 Daniel Alan Britt, 64, of Homedale passed away on June 16, 2022. He fought a long and hard battle, after becoming paralyzed from the waist down in 2013 and his family finds great peace knowing he is finally comfortable again after a very extensive stay in the hospital.
Danny was born February 13, 1958 in Indianapolis Indiana to Kenneth Calvin and Betty Lucille Britt as the 5th of 6 children. He was raised in Indianapolis and Martinsville Indiana, where he later raised his 3 sons.
To be closer to friends after his divorce, Danny moved to Bryce Canyon Utah in the early 2000’s. There he worked at Ruby’s Inn and spent all his free time hiking in the mountains, and rock climbing. He enjoyed searching the area for old shark teeth and abandoned arrow heads, and was quite good at finding them. While living in Utah a mutual friend introduced him to the love of his life. He proposed after four dates and they were married two weeks later. Danny married Londa on September 9, 2009 in Bryce Canyon and they were sealed for time and all eternity in the Logan Utah Temple on September 9, 2010. The first year of their marriage they lived in Farmington, Utah before relocating to Homedale, Idaho to help take care of Londa’s parents. Danny enjoyed being outside in the warm sun, reading every book he could find and sharing with others all the things he had learned. He had a dry sense of humor and had great pleasure in teasing his loved ones, and even enjoyed it when they teased him back.
Danny’s family joined the Church of Jesus Christ of Latter-day Saints, and he was baptized when he was eight years old. He had a strong testimony and faith, and was admired by many around him. He found great inspiration studying the prophets of the latter days and the stories of the Bible. In particular, Danny spent many hours learning everything he could about his Savior, Jesus Christ. He served in many different roles in the church and had great influence on those he was able to interact with.
Danny was loved by his family and friends and will be missed in their lives everyday. He is survived by his wife of 13 years - Londa, his sons, Seth and Matthew; 6 grandkids; his older brother, two sisters, and many brothers and sisters in law; and many many nieces and nephews. He is preceded in death by his parents; his son, Justin; one brother and one sister; his granddaughter, Hope; and his father in law Jerry 15 weeks prior.
The family would like to thank the many nurses, doctors and medical staff that helped care for Danny and the many friends and family that remembered him in their prayers for so long.
A funeral service will be held on Saturday June 25, 2022 at 11 AM at the Church of Jesus Christ of Latter-day Saints on Idaho Avenue in Homedale. A viewing will be held before the service from 9:00 AM to 10:30 AM and he will be buried following the service in the Marsing Homedale Cemetery.

To send flowers to the family or plant a tree in memory of Daniel Britt, please visit Tribute Store
Saturday
25
June

Share Your Memory of
Daniel
Upload Your Memory View All Memories
Be the first to upload a memory!
Share A Memory
Send Flowers