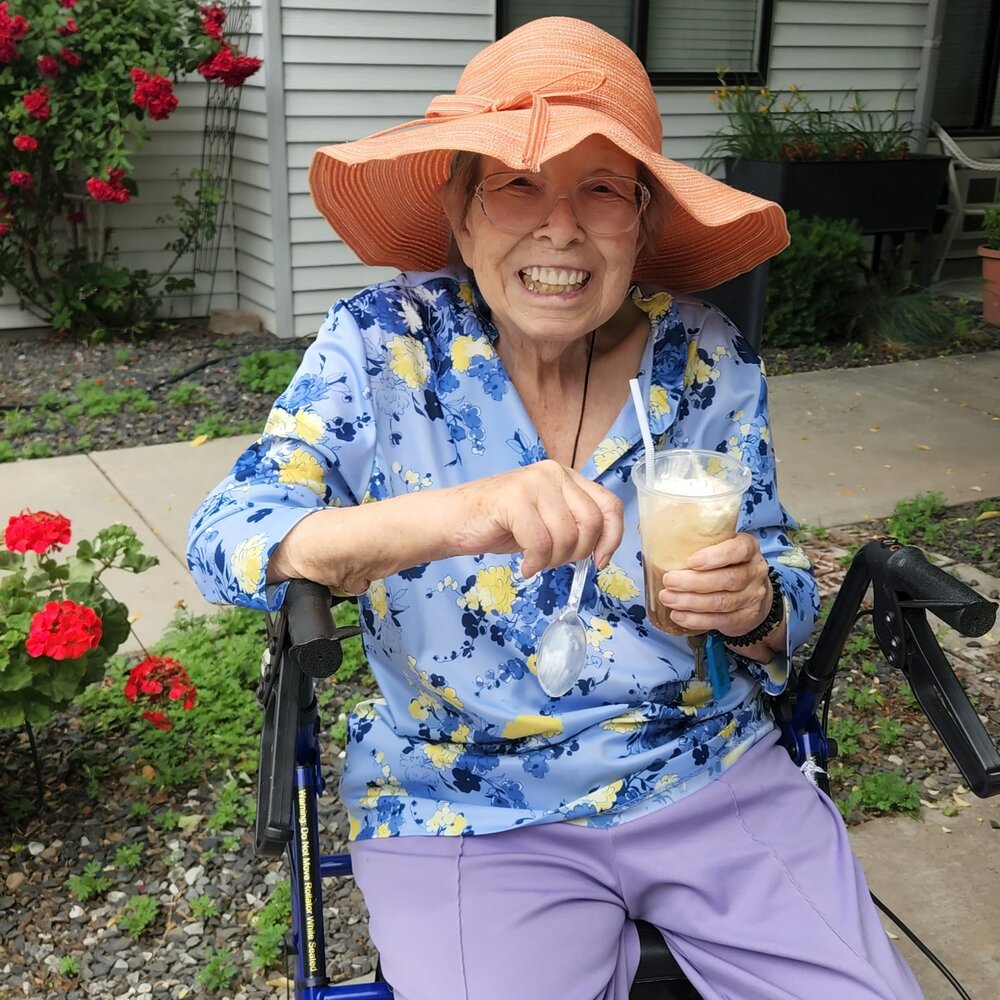 Marilyn Jeanne Wylde (nee Robinson) passed peacefully on the morning of July 19, 2022. She was born July 28, 1938, in Gooding, Idaho to Lawrence (Larry) H. Robinson, and Florence Larson. An Idaho native by heart, and academic/adventurer at birth, she lived her life with laughter, delight, and the light of God. After graduating with the first class of Minico High School in Rupert, Idaho, in 1955, Marilyn had her sights set upon skiing the Swiss Alps. She made it as far as Moscow (Idaho) to graduate Summa Cum Laude with a degree in English and language studies. During her time in college, she felt a calling to the Catholic Church, and was confirmed in May of 1957.

Following college, Marilyn studied philosophy at Gonzaga University. She then joined a cloistered convent in Santa Clara, California, and pursued that life to Chicago, Illinois. However, instead of committing to the convent, Marilyn opted to fulfil her wanderlust by enlisting with the papal volunteers. She spent seven years of service in Bogota, Colombia. It was during her time there, that her mother, Florence, met Marilyn’s to-be husband, Palmer Wylde, who was the then-rector of the Episcopal church in Payette, Idaho. Her mother knew – immediately upon meeting Palmer – that the two were soulmates. Palmer had invited the Robinson parents to his home where he had a cat, and when Florence saw Palmer get down on all fours to kiss his cat on the head, she knew! There was only one other person on this planet who adored cats as much as this man – and it was her daughter, Marilyn!

Florence then set it upon herself to introduce the two singles. They took to each other like oil on water. Their first meeting was fireworks (of the worst kind), and they didn’t see one another for another four years, until the shenanigans of her mother brought the two together in Salmon, Idaho. Under the guise of helping the family at their ranch, Marilyn brought one suitcase with only two dresses to that town. She met Palmer begrudgingly in one dress; he asked her to dinner, and she wore the other. During that date, she told him, you either need to marry me or dump me, because you’ve seen me in all my finery. He was quiet the entire way home (she thought she blew it), and once back at the family ranch, he proposed on the spot.

The two were married on June 2, 1973, and eventually they settled in Idaho Falls, where they experienced the Teton Dam disaster but also had a blessing they didn’t expect – their only daughter, Laura, in 1978. Many years of happiness ensued, until Palmer passed away due to complications of cancer in 1996. Marilyn then moved to Caldwell, Idaho, where she maintained a happy home until her death.

During her time in Caldwell, Marilyn created a good life. As a lifelong learner, she earned her Master’s degree in History and Latin from Boise State University in 2002, and she taught as an adjunct professor for various nearby colleges. She was also extremely involved in the Catholic Church. She was introduced to the Dominican Laity in approximately 2009. Excited about becoming a Dominican, she was Perpetually professed in 2013. She lived an active life in the Dominican Laity until her death.

She was also very active in the group TOPS (Take Off Pounds Sensibly), and she earned the title of TOPS Queen, after losing 79 pounds, in 2020.

Marilyn leaves behind her sister, Sally, her daughter, Laura, and an abundance of family and friends who will relish and cherish her sense of humor and joy. She was quick to smile (and laugh) and made anyone, from strangers to good friends, feel easily at ease. She told good stories (sometimes off-color), and whether guised with her wisdom, her humor, her spirituality, or a pinch of each – she always left a trail of truth and beauty behind every story. She will be greatly missed by everyone she met and who grew to instantly love her.

Funeral Services will be held at Our Lady of the Valley, Catholic Church (1122 W Linden St - Caldwell, ID 83605) on Thursday, August 4, 2022, at 10 a.m., followed by a gravesite service at Canyon Hill Cemetery. The family will be holding a Celebration of Life on Thursday, August 4, 2022 immediately following the burial, at around 12:30 p.m., at 1122 W Linden St - Caldwell, ID 83605. This event is an open invitation for anyone who wants to drop by to share a story or memory of Marilyn with her family, friends, and loved ones. We will have beverages (coffee, iced tea, lemonade, and water), alongside light appetizers and potluck dishes. There is no formal ceremony or agenda - drop in if/when you can.

In lieu of flowers or gifts, the family is asking for donations to the causes Marilyn held dear: her church and her cat(s). Donation information will be available at the funeral ceremonies. Memorials have been setup with the St. Margaret of Castello Chapter of the Third order of St. Dominic (https://www.dominicanidaho.org/) and with Simply Cats, a no-kill animal shelter in Boise Idaho (www.simplycats.org – 208-343-7177).

To send flowers to the family or plant a tree in memory of Marilyn Wylde, please visit Tribute Store
Wednesday
3
August

Share Your Memory of
Marilyn
Upload Your Memory View All Memories
Be the first to upload a memory!
Share A Memory
Send Flowers