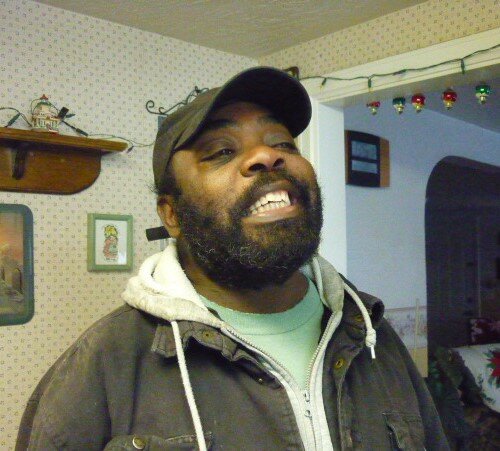 Born February 25, 1967 to Wyvern and SB Dock, Elroy was the 11th of 12 children. He was born with heart health problems that continued throughout his life. Because of this, he had a vast amount of experience with the medical community. Elroy passed away peacefully at his home on July 28, 2022 at the age of 55. Elroy achieved his childhood dream of being a truck driver in his early 20’s. Although he drove for several companies throughout his career, only one ultimately became his favorite. During his time with Frasier Transport in Nampa, he was not only a valued employee but gained lifelong friends. In April of 2010, he married Fay Sorensen and gained a step daughter and step son. Elroy and Fay lived in a small town in Idaho called Greenleaf. Due to his health, Elroy retired from trucking in 2013. To keep himself busy, Elroy became the appliance repair guy around town. He would pick up and repair washers and dryers for people as well as helping in ways that he could. Aside from that he began creating unique things. His last Christmas, he decided to build a life-size manger which he had planned to build the characters for this year. Whenever Elroy got an idea to build something he had never done before or fix something, he would spend time on the computer researching how to build whatever it was and simply go do it. That’s how he learned to fix the washing machines and dryers, stoves, refrigerators, chain saws, tillers and anything else. He was a good friend to many people far and wide, always willing to lend a helping hand. Whether it was fixing a machine or a vehicle or cutting up firewood, he was ready to help. He was amazed that so many people knew him in this little town. Elroy enjoyed seeing people smile. He would say ‘How’s it goin’ to anyone he met. He will be greatly missed by all. Elroy is survived by his wife, Fay; his two adult daughters, Alexandria Campbell and Courtney Dock; his step son Adam Sorensen and wife Neesha; his step daughter Elora Scott and her children Ellie, Mary, Sara, Aiden, and Logan. He is also survived by his siblings: Rainey Matthews, Cisco Dock, Essie Dock, Liza Shively, Johnel Dock, James Dock, Kyle and Lisa Dock, DL Dock, Laverne Dock, Dorothea and Roger Mohan; as well as many nieces and nephews and other relatives

To send flowers to the family or plant a tree in memory of Elroy Dock, please visit Tribute Store
Saturday
6
August

Share Your Memory of
Elroy
Upload Your Memory View All Memories
Be the first to upload a memory!
Share A Memory
Send Flowers