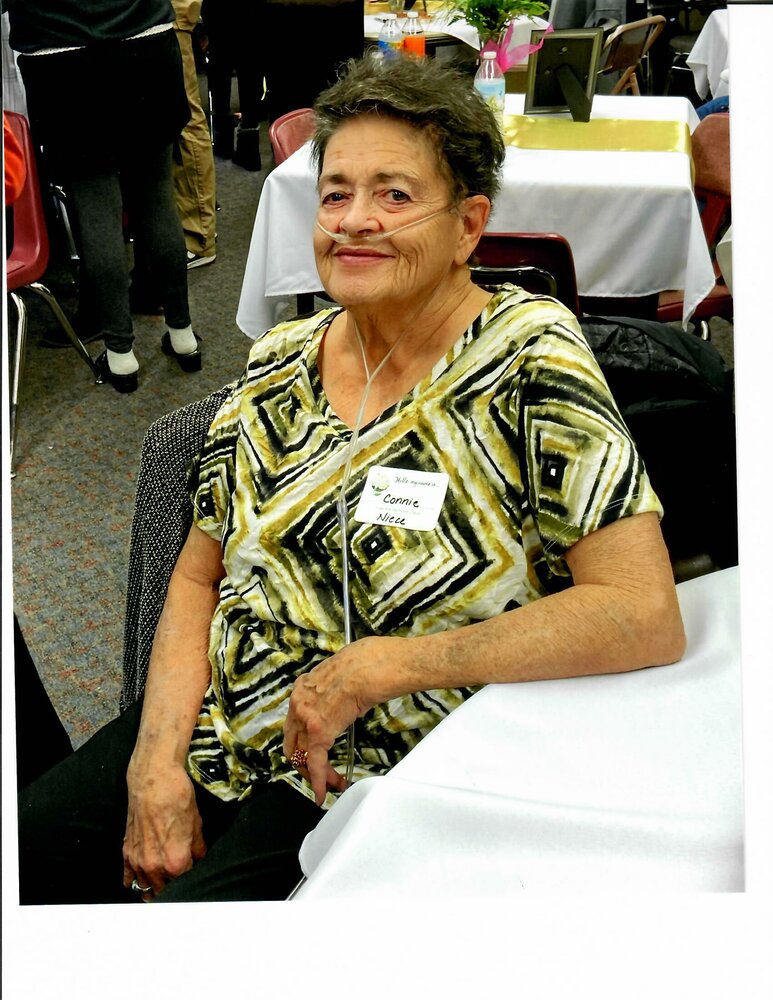 Connie was born on March 9, 1941, in Blackfoot, Idaho to her parents Don and Hazel (Frasure) Ballard. She attended Blackfoot High School. She continued her education at the University of Alaska graduating in 1987 with an associate’s degree in Social Work.

Connie had many occupations throughout her life including office management, truck driving, and records management in the Sheriff’s Department of Washington County, Oregon. She spent many years in Boise raising her two daughters, Jill (born 1961) and Robyn (born 1963). She moved to Fairbanks, Alaska in 1984 and was proud of the fact that she survived on her own for 7 years. After that, she moved to Forest Grove, Oregon to work and to help take care of her parents.

Medical issues and retirement brought Connie to Idaho in 2005 where she lived with her daughter Jill for many years. She moved to Homedale after the passing of Jill in 2017 to be near her other daughter, Robyn.

Connie played the piano and had a beautiful singing voice. She was a member and, at one time, director of the a cappella singing group Sweet Adelines for many years. She has been an artist since the age of 9 using many mediums, watercolor being her favorite. She loved animals, especially dogs and hawks. Her most enjoyable hobby was loving and following her grandchildren and their growing families.

Connie was preceded in death by her parents, Don and Hazel Ballard, her sister Deana Bonham, and her daughter, Jill Conrad.

Services will be held on August 20, 2022, at 11:00am at Homedale Calvary Fellowship under the direction of Flahiff Funeral Chapel.

Donations may be made to local animal shelters.

To send flowers to the family or plant a tree in memory of Connie Martin, please visit Tribute Store
Saturday
20
August

Share Your Memory of
Connie
Upload Your Memory View All Memories
Be the first to upload a memory!
Share A Memory
Send Flowers