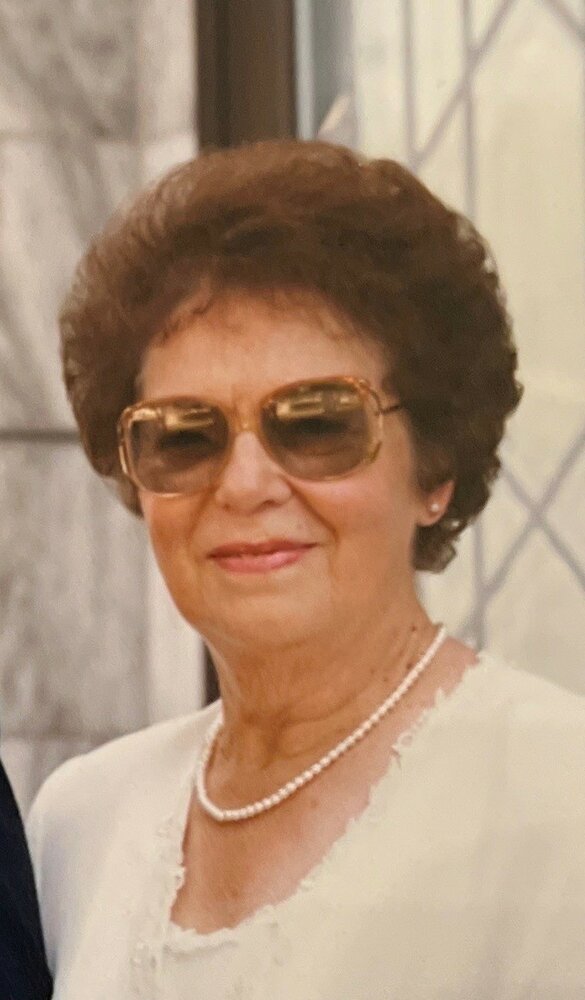 Our beloved Leah Mae Owens Bell Taggart completed her earthly journey on the evening of Tuesday, August 30th, 2022 surrounded by family after attending a local high school sporting event, one of her favorite things. Viewings will be held at the Homedale L.D.S. Church on West Idaho Avenue, on Thursday, September 8th from 5 to 7 p.m. and Saturday, September 10th, at 10:00 a.m. Funeral services and a celebration of Leah's life will be Saturday, September 10th, at 10:30 a.m., also at the L.D.S. Chapel. Interment will be held at the Marsing-Homedale Cemetery. Services are under the direction of Flahiff Funeral Chapel. In lieu of flowers, donations may be made to the Deward and Leah Bell Scholarship Fund at Homedale High School.

On a hot summer day on the 18th of July, 1929, Leah was born at home to Priscilla Ann Smith Owens and William Wallace Owens in Oakley, Idaho.  She was the sixth of eight children.  At the age of three, the family moved from Oakley to Burley, Idaho, where she attended school and spent much of her childhood. When Leah was just five years old, her mother passed away.  Her father worked hard to provide for his young family, but health complications required him to spend several months in a hospital and the children lived temporarily with various friends and family.  While it was difficult for the family to be separated, Leah had fond memories of her time spent with her Aunt Violet and Uncle John in their little log home on the farm.  It was there that she learned to make her famous warm chocolate pudding and developed an appreciation for indoor plumbing on the long nighttime walks to the outhouse.

Leah returned home to her father in the fall of sixth grade and continued to thrive.  Always active in school events, she loved participating in spelling bees, running foot races, and proudly representing her class as cheerleader through junior high and high school. In her words, her interests changed from “jacks and outdoor stuff to cars, dancing and ball games.” During her formative junior high years Leah’s two older brothers, Theo and Merlin, left to serve in World War II. Sadly, neither brother came home from the war and Leah’s family again dealt with deep loss.

After the War ended, Leah attended college football games at the nearby Albion Normal School. On a beautiful fall day in 1946, Leah met a handsome football player named Deward Bell, who had just returned from his service overseas.  She later spent time dancing with him at the Y-Dell ballroom and they began going steady. They dated all through her senior year and he proposed to her at her senior prom.  They were married on June 6th, 1947, right after Leah’s high school graduation.

Deward and Leah lived in Albion while he continued his education, then moved to Paul, Idaho where he taught and coached. While living in Paul, their three little girls Sheryl, JoAnn and Patti were born. Leah had her hands full with three babies ages 4 and under.  Deward accepted a position teaching and coaching in Homedale, Idaho in 1955.  In 1957 Pamela was born, completing their family.  Shortly thereafter, Deward and Leah moved to their home on Riverview Drive where they lived and raised their family and remained for the rest of their lives.

Over the next several years, Leah focused on raising her little girls, volunteering in school and church activities, and attending sporting events as a vocal and enthusiastic supporter of Deward and the Homedale Trojans. She began her career working with the Head Start Program, where she furthered her own education with an Early Childhood Certificate, became the program director, and made a difference in the lives of hundreds of Homedale’s children. She worked briefly at the high school and finished her career by spending 10 years working with kindergarteners at Homedale Elementary.

In 1977, Leah and Deward purchased property for their mountain retreat in Cascade, Idaho.  Over the next forty years, they continuously expanded their cabin to make room for their growing family and friends.  They made it their purpose to expand the facilities in order to accommodate large groups, including family reunions, church camps and high school sports teams.  Many days were spent fishing on the party barge, playing horseshoes and miniature golf, traveling the back trails on ATVs and snowmobiles, and playing cards late into the night.  Leah staked her claim at the card table in what must have been the lucky seat, as she often dominated in any game she played.

Leah was a devoted grandmother and happily welcomed each new grandchild, great-grandchild and great-great grandchild. She attended hundreds of events in support of her family and loved cheering them on from the stands.  Many motor home miles were spent as a family road tripping to away games, as well as exploring the western US and into Canada and Alaska. Leah’s early love of cheering at ball games continued all throughout her life, whether or not she had family playing in the games.  She was a dedicated fan of the Homedale Trojans, the Boise State Broncos, and the Middleton volleyball team.

Leah and Deward developed wonderful friendships during their 50+ years together in Homedale.  One of those friendships was with Lynn and Linda Taggart.  The two couples raised their families in close proximity, built their cabins on the same road, and had many wonderful adventures over the years.  In 2007, Leah lost her beloved eternal companion Deward. Three years later, Lynn lost his beloved Linda.  Lynn and Leah were a great support to each other and their long years of friendship became a supportive and loving companionship.  They were married in June of 2013 and spent the remainder of her years hosting parties for family and friends, enjoying the great outdoors, spending time with extended family, and cheering on their favorite teams.

Leah was a lifelong member of The Church of Jesus Christ of Latter Day Saints, where she served in many capacities. She was preceded in death by her parents and siblings and their spouses, beloved husband Deward Bell, son-in-law Tommy Morris, and granddaughter Jeness Morris.  Survivors include her dear husband Lynn Taggart and his family, sisters-in-law Lila Bell and Althora “Sophie” Darrington, daughters Sheryl Bell, JoAnn Morris, Patti (Stan) Zatica, and Pam (Joe) Favinger; numerous grandchildren, great-grandchildren, and great-great-grandchildren, cousins, nieces, nephews and friends.

To send flowers to the family or plant a tree in memory of Leah Bell Taggart, please visit Tribute Store
Thursday
8
September

Share Your Memory of
Leah
Upload Your Memory View All Memories
Be the first to upload a memory!
Share A Memory
Send Flowers