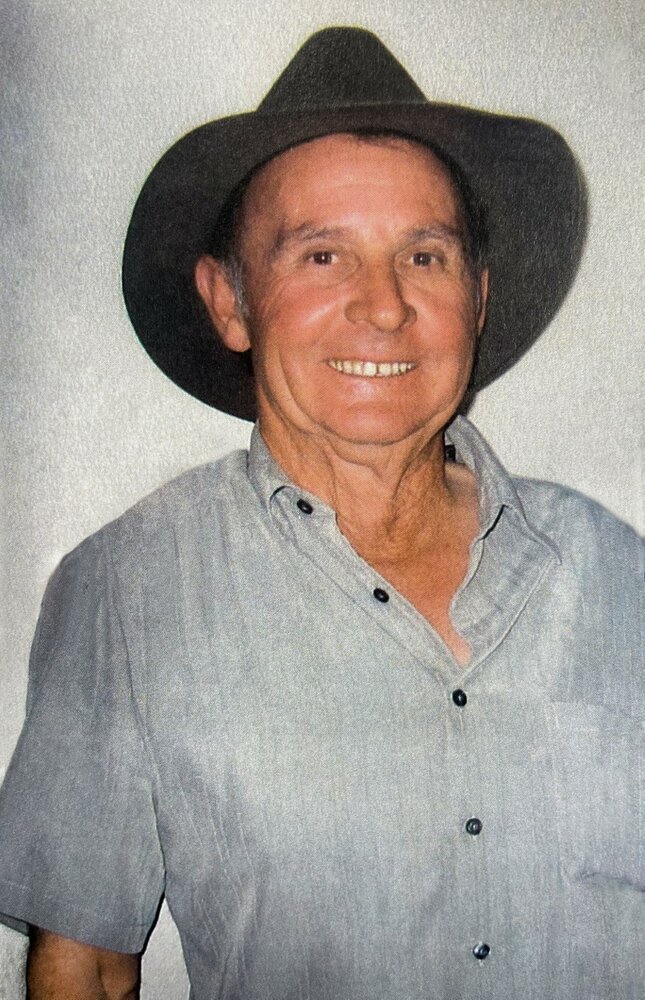 Ramond “Fred” Frederick Kelly of Homedale, ID, age 79, passed away September 1st
after a long battle with cancer. Fred was born in Homedale, Idaho; son of the late
Creighton and Marie (Gortiza) Kelly.
Fred Kelly was made of something rare. He was as wild, free, authentic and as
unpredictable as the Owyhees where he was raised. He was one of the strongest, and
bravest people you will meet; while at the same time he had a big heart and giving
nature.
He was a unique individual and loved to tell stories about his great adventures; from his
time in the military, to his career as a horse trainer, to his passion as a farmer. He was
respected by many because of his expertise and wisdom.
He had many hobbies including golf, bowling, trap shooting, and was a force to be
reckoned with at the poker tables. He also loved following the career path of his
grandson, Fletcher Kelly, as they shared the same interest in college football. The two
spent many hours discussing college football teams and games.
In 1971, Fred married the love of his life, Pam (Gerdes) Kelly. They had two daughters
Rachel and Stacey. He was a devoted husband, father, and grandfather who loved his
family fiercely.
Fred is predeceased by his parents Creighton and Marie Kelly and daughter Stacey
Kelly.
He is survived by his wife Pam Kelly; daughter Rachel (Ed) Bollinger; brothers Pat
(Sharon) Kelly and Mike (Cindy) Kelly; and grandchildren Brooke Lawatch, Tayler
Bingaman, Justin Bollinger, and Fletcher Kelly. There are many family members and
friends that will miss him dearly. At his request there will be no services.

To send flowers to the family or plant a tree in memory of Fred Kelly, please visit Tribute Store
Print
Share A Memory
Send Flowers