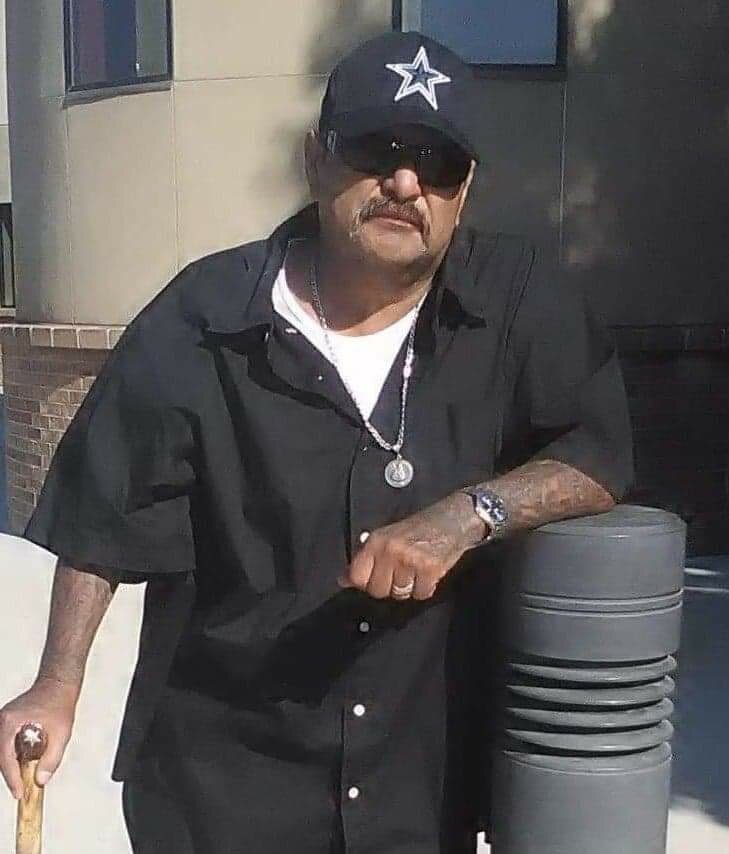 Rosary for David Santos Gonzalez, 62, of Caldwell, Idaho, will be recited September 27, 2022 at Flahiff Funeral Chapel in Caldwell at 7:00p.m. to 8:00p.m. The Viewing will be held before the Rosary from 5:00p.m. to 7:00p.m. A Mass of the Catholic Burial will be celebrated at 10:00a.m., Wednesday, September 28, 2022 at Our Lady of the Valley Catholic Church, Caldwell. Internment will follow at The Middleton Cemetery, Middleton, Idaho, along side of his beloved late wife.

David was born May 16, 1960 in Eagle Pass, Texas to Hilario Gonzalez and Juanita De Los Santos. He was the youngest child of Hilario & Juanita's 6 children. He and his family were migrant workers, which led them to various states across the nation. After the death of his mother, he lived a free life as the free spirit that he was, traveling from Oregon to Florida bu the time he was 13 years old. He traveled as a musician to various states across the Northwest. Eventually music lead him to meet and marry the love of his life, Nora Ozuna in November, 1977. From this union they had their first born daughter, Juanita Gonzalez (Ríos) in 1978, and their second born daughter Virginia Gonzalez in 1984, which were his greatest accomplishments.

For most of David's adult life, he was a Harvest Truck Driver and field Contractor. After years of working in agriculture, David moved on to Construction and Landscaping work, and later started his own landscaping and fencing company. Gonzalez Landscape and Fencing was a joy and passion in his later years.

When David was not working he had a passion for playing the drums, restoring old antique cars but most importantly working on and improving his '64 Chevy Impala. Cruising the town in his Impala or any car for that matter was always something he was up for, no matter the type of weather. Another passion that he had was helping out others in any way he could. If someone needed a roof over their head, food on their plate or money in their pocket, he was one to go to and wouldn't turn you down. Sometimes he would go as far as giving people that he didn't even know, a home if they needed, or buying them a hot meal. The simple ability to put a smile on someone's face was good enough for him.

David always felt that life was a battle but never gave up the fight. He would often speak about his childhood, growing up with his siblings. He spoke especially about his mother Juanita of what a great Childhood she created for them and how much he missed her every single day. He always said that after his mother's passing life was very difficult and then became even more difficult after the unexpected passing of his father. None the less, David never gave up even until his last day.

David lost his wife, Nora Gonzalez just 3 years ago in August 2019. After his failing health and problems with kidney failure, David left this earth peacefully in his sleep on September 13, 2022.

To send flowers to the family or plant a tree in memory of David Gonzalez, please visit Tribute Store
Tuesday
27
September

Share Your Memory of
David
Upload Your Memory View All Memories
Be the first to upload a memory!
Share A Memory
Send Flowers