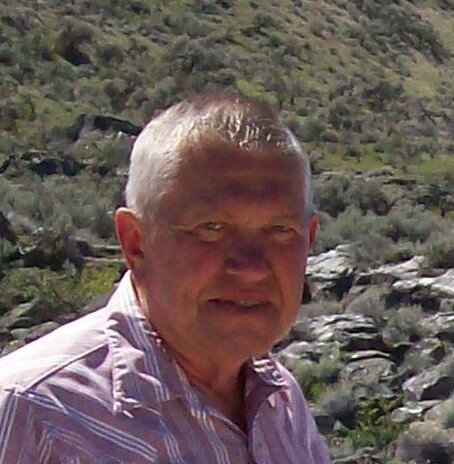 Gayland T. Carr passed away at his home on October 12, 2022 at the age of 80. Gayland was born July 15, 1942 in Caldwell, Idaho to Tom and Isobel Carr. He graduated from Caldwell High School in 1960, shortly after he joined the Forest Service and was stationed in Atlanta, Idaho. Gayland held many different career paths throughout his life, sort of a jack of all trades and master of a few. He worked in mobile home manufacturing, flooring sales, furniture sales, maintenance worker and then back to mobile home manufacturing, from there he retired in 2004.

Gayland married Barbara Ineck September 30, 1967. They built their home in Canyon County. It was his love of history that inspired Gayland and Barbara to purchase their summer cabin in Silver City in 1980. Over the many years there was a lot of work, labor of love and restoration projects that happened at the cabin, which came in various forms from family members that would come for a weekend visit and end up getting put to work.

Gayland is survived by his wife, Barbara Ineck-Carr, aunt Forsie Soper-Morwer, his children Krena (Bryon) Falen, Tom Carr, his grandchildren Jake (Faith) Carr, Tyson Carr, Isabella Falen, Brett Carr, and cousin/sister Jane Brown, many sister-in-laws and brother-in-laws, nieces and nephews, grand nieces and nephews. He was preceded in death by his parents, his brother Kermit Carr and two half sisters.

In lieu of flowers contributions may be made to Silver City Property Owners Association, PO Box 1196, Nampa, ID 83653, or to your favorite charity in honor of Gayland Carr.

To send flowers to the family or plant a tree in memory of Gayland Carr, please visit Tribute Store
Thursday
20
October

Share Your Memory of
Gayland
Upload Your Memory View All Memories
Be the first to upload a memory!
Share A Memory
Send Flowers