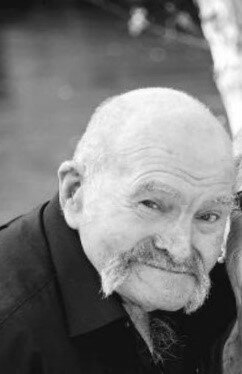 There will be a celebration of life on November 9th at 12pm at the American Legion Hall, 126 Old Bruneau Highway, Marsing, ID 83639.

Jack was born in Rayborn, Missouri May 11th, 1937, to Ufa and Myrtle Stevens.  Jack was the youngest of 4 siblings. He attended school in Dawson, Missouri but due to family circumstances, he quit school at a young age to go to work so he could pay his own way.

Jack joined the Navy in 1954. He met the love of his life, Rosemary, in 1955 and on February 4th, 1956, the two were married.  In February 1958, Jack was on a ship coming back to the United States from Japan when he got word that he had his first-born baby girl, Pam. He was honorably discharged from the Navy in May 1958.

Jack worked for a short time at a box factory in Kansas City, Missouri. In 1959 he packed up his little family and moved to Marsing, ID for a job on a dairy. In 1961 he went to work on a dairy in Melba, ID. Shortly afterwards, in April 1961, his second daughter, Sondy, was born. In 1963 he moved his family to Meridian to work at another dairy and in December of 1963 his 3rd daughter, Lesa, was born.

Jack always had a love for farming. In 1967 he moved back to Marsing, ID to work for Salmeier Farms where he worked for over 20 years.  In 1990 Jack had an opportunity to take a job at the Boise Project Board of Control Lake Lowell. He retired from the Boise project in 2002.

Jack loved to stay busy, so he took on mowing lawns and gopher trapping for a few years until he had an ATV accident in 2007 which left him with a lung injury. After the accident he was very limited to what he could do, he started working with wood which consisted of making pens and various knick knacks. He enjoyed family more than anything else in life.

Jack is preceded in death by, his parents Ufa and Myrtle Stevens, brother Art, and sister Helen.

Dinner will be provided at the American legion Hall Marsing after the service.

To send flowers to the family or plant a tree in memory of Jack Stevens, please visit Tribute Store
Wednesday
9
November

Share Your Memory of
Jack
Upload Your Memory View All Memories
Be the first to upload a memory!
Share A Memory
Send Flowers