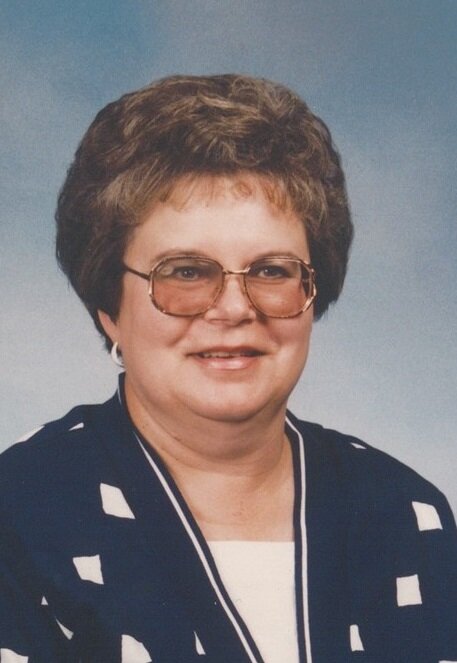 Louise Kaye Coppock 82, of Caldwell, ID passed away from natural causes on October 27, 2022.

She was born Louise Kaye Zeller on February 14, 1940 in Lovell, Wyoming.

Kaye grew up in Lovell and was the fourth of six children born to Elmer and Phebe Zeller.  She graduated from Lovell High School in May of 1958.

She met Larry Carter Coppock in Worland, Wyoming in February of 1959 and they were married two months later on April 24, 1959.  They lived in Powell, Wyoming and Billings, Montana, but spent most of their married life in Worland, Wyoming.  After they retired in 2006, they moved to Caldwell, Idaho to be near their daughters and their families.

Kaye loved quilting, baking, watching the birds outside, gardening, spending time with nature and spending time with family.  Grandma's house was the place for keeping with family traditions like making Christmas candy, making cookies for Santa and dying Easter eggs in the spring.  She loved meeting people and never knew a stranger.

She was preceded in death by her parents, Elmer and Phebe Zeller, sisters Marian Brinkerhoff (Arnold), and Elma Jolley (Alan) and brothers Ronald Zeller (Sunny), and Brent Zeller (Louise).

Funeral Services will be held at 1pm on Friday, November 4, 2022 at the Church of Jesus Christ of Latter Day Saints, 4509 S Montana, Ave. Caldwell, Idaho. A viewing will be held prior to services from 11am to 1pm at the same location followed by a private family interment at the Canyon Hill Cemetery.

To send flowers to the family or plant a tree in memory of Louise Coppock, please visit Tribute Store
Friday
4
November

Share Your Memory of
Louise
Upload Your Memory View All Memories
Be the first to upload a memory!
Share A Memory
Send Flowers