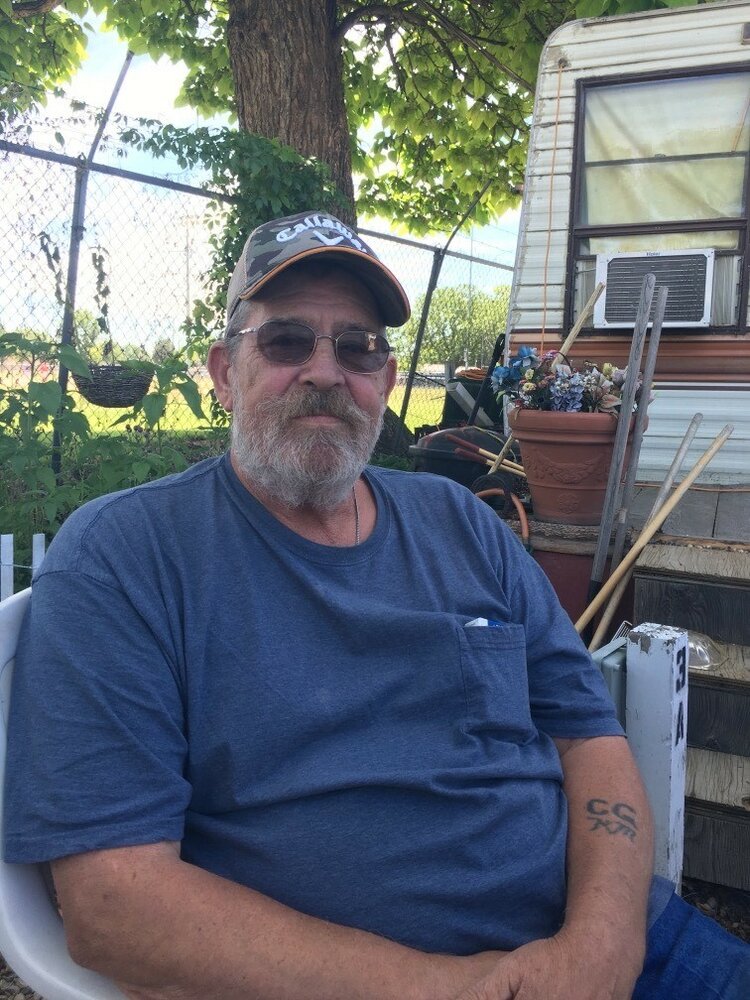 It is with heavy hearts that the family of Kenneth R. Meyer announce his passing on Sat. Nov. 19th 2022.

Ken was born in New Castle, Wyoming 1952 to Geneva (Boltz) and Robert Conway Meyer. He was the 3rd oldest of 5 children.

The family moved to the Nampa area in the 60's as  his dad followed road construction and his mom cooked for the parish priests at St. Paul's Catholic church.

Rural life suited Ken to a "T" where he learned to handle and take care of various livestock. He liked to tell the story of when he got in trouble as a youth for riding the family milk cows out of the barn. It wouldn't have been so bad but the milk production was greatly reduced! At the time, they were the closest thing to bucking stock that were readily available.

Kens' love for ranch work continued throughout his life. As a young man he followed his brother Bob to various ranches and learned the old time ways from the ranchers he worked for. Most notable were the A-D Ranch where he met his lifelong friend Ken “Coop” Cooper, the Kent Ranch in Notus, Agri-Beef in Washington, Simplot feedlots in Caldwell and Notus, and the Little Ranches in Emmett. Ken also helped Doc Cooper preg check cows at Treasure Valley Livestock Auction in Caldwell.

Many a wet saddle blanket  and mile were logged on horseback exploring the Owyhee mountains where bands of wild mustangs were often sighted.  Ken could be seen riding in the Snake River Stampede and Caldwell parades on occasion, but what he really enjoyed was competing in the Wild Horse Race as a mugger at the Caldwell Night Rodeo where a buckle was hard won.

At different times in his life Ken drove truck. At one time he partnered with his brother Bob long haul driving but he found he didn't like being gone from home  that long. Instead he chose to stick closer to home by driving for Goodman Oil, Garrison Produce, V-1 Propane and a mobile MRI company, to name a few.

Ken was preceded in death by his parents, his brother Bob, and infant son Cody.

To send flowers to the family or plant a tree in memory of Kenneth Meyer, please visit Tribute Store
Thursday
1
December

Share Your Memory of
Kenneth
Upload Your Memory View All Memories
Be the first to upload a memory!
Share A Memory
Send Flowers