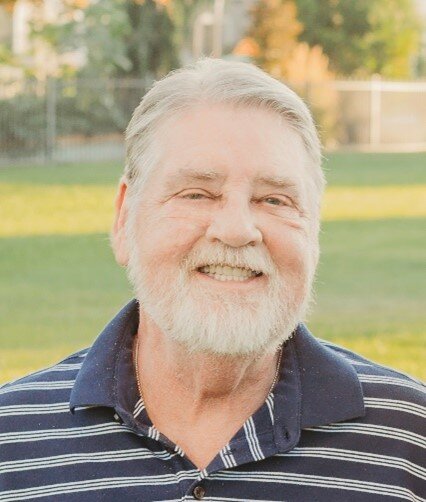 Gary William Schwartz, age 70, of Homedale, ID passed away November 23, 2022 at the VA hospital in Boise, ID. After a long battle with multiple health issues, our beloved Husband, Father and Papa, has gone on home to heaven. He certainly set an example of how to fight hard through many adversities and trials, and still maintain an amazing outlook on life. His love, quick wit, humor, and generosity is going to be missed by those who knew and loved him.

Gary was born on December 15, 1951 in Cincinnati, Ohio, the second son born to Gustave and Audrey (Davey) Schwartz. Gus was a semi-pro hockey player, which required a lot of travel. After Gary was born, he decided it was more important to be home with his family, so he retired from hockey, and settled the family in West St. Paul, MN.

At the young age of seven, Gary’s mom passed away, leaving four young children behind. His French-Canadian “Granny,” whom he dearly loved, moved in and was a huge part of his life. Gus re-married Dorothy Keller, and they moved their five children to Inver Grove Heights, MN. Gary was very athletic and excelled in all the sports he participated in, especially football-displaying his strong work ethic and determination.

Gary joined the Navy in 1971 as a Quartermaster Seaman in navigation on the aircraft carrier USS Kennedy; he was thankful for the experience, and the places he was able to see. After his Navy stint, Gary began working at Ryder Truck Rental, where he met Carol Root, the love of his life – they were married in March of 1977. Again, because of his work ethic, he worked his way from the rental counter in Minneapolis to the Branch Manager in Fargo, ND. It was during his time in Fargo, that some of his health issues started to surface.

Gary’s faith and family were the most important things in life to him, and he tried to attend as many games as possible for his three children and the three sports they all played each year, starting in their third grade through their graduation. He would not only encourage his children, but their friends as well.

Another passion was fishing, and throughout his fishing days, he caught (and released) a great many. His favorite fish were walleye, of which he caught a few “keepers” over the years. He also loved camping and from the time his children were little, weekends were spent on one of the many Minnesota lakes starting with tenting, and ending with a motor home RV.

In 1993, the family moved to Homedale to be closer to Carol’s family and her Mom, whom he adored.  Although he missed Minnesota’s lakes and fishing, he loved the “robin-egg” blue skies, and the weather of Idaho.

In 1995, Gary began managing the Furrow Café in Wilder, and made a lot of food and friends. He especially enjoyed pulling pranks on some of his customers, and loved to make people laugh and smile. In 2000, Gary had to leave the Furrow as his health began to deteriorate, and he spent the next 22 years dealing with a myriad of health issues.

Please join us in celebrating Gary’s life at the Homedale Friends Church, located at 17434 Highway 95, Wilder, Idaho on Friday, December 2nd at 11:00 a.m., followed by internment at the Wilder Cemetery, located at the corner of Stewart Lane and Batt Corner Road in Wilder. Funeral Services are provided by Flahiff Funeral Chapel, Homedale.

To send flowers to the family or plant a tree in memory of Gary Schwartz, please visit Tribute Store
Friday
2
December

Share Your Memory of
Gary
Upload Your Memory View All Memories
Be the first to upload a memory!
Share A Memory
Send Flowers