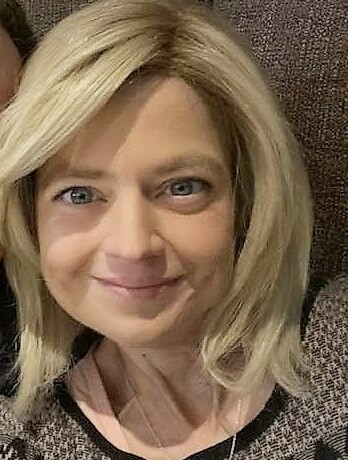 Miranda Ellen Schmucker past away in her mother’s apartment in Nampa, Idaho shortly after 6am Sunday December 25, 2022.

Born in Lafayette, Indiana on June 1, 1984, Miranda quickly won over everyone she met with her large blue eyes, blonde curly hair, and infectious smile. It quickly became common knowledge that you do not give Miranda money for Christmas or her birthday because she would just use it to buy something for someone else rather than for its intended recipient.

After high school, she moved to South Carolina where she was married, later divorced, and received her associates degree and began a career as a surgical technician. She later found her true calling in life and became a flight attendant for US Air later American Airlines where she quickly learned the value of perks such as going to Philadelphia for lunch or taking her son to the New York planetarium to reach for the stars. Miranda loved to travel both domestically and abroad and enjoyed and left an impression on everyone she met, worldwide.

After her mothers’ cancer diagnosis, she moved to Bend, OR to help take care of her and later met her fiancé Andrew Allison. She then moved to the ranch near Jordan Valley, OR where she spent her remaining years fishing and inundating her space with chickens, rabbits, cats, dogs and everything else she could find, except goats, he drew the line on fainting goats.

Eventually, following numerous cancer diagnosis starting age 4, Miranda succumbed to the disease but will always be remembered for her caring heart, soft touch, and big beautiful blue eyes that always let you know that you were welcome in her heart and appreciated.

Miranda leaves behind her mother Valerie, son Kole, fiancé Andy, brothers Jonathan and Jake, Sister Amber, nieces and nephews Rachel, Hannah, Fisher, Gabe, James, Deacon, Luca, and almost everyone worldwide she met along the way. If you took the time to knew Miranda, you were her family.

Miranda was one of those unique, special people who brightened every day, brought a smile to every room, and was a wife, mother, daughter, sister, aunt, and best friend sent from heaven

To send flowers to the family or plant a tree in memory of Miranda Schmucker, please visit Tribute Store
Thursday
5
January

Share Your Memory of
Miranda
Upload Your Memory View All Memories
Be the first to upload a memory!
Share A Memory
Send Flowers